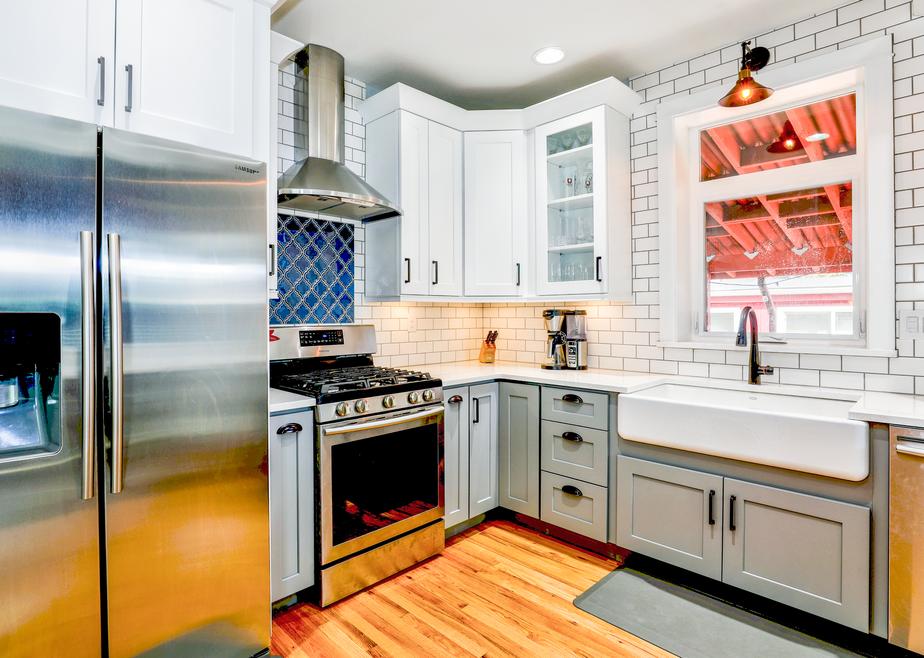 A range hood vent is an important piece of equipment that most homeowners should have in their kitchens. It helps filter all the odors, grease, and bad smell in your kitchen, giving your kitchen a good, fresh, and welcoming smell. Installing a new cooker hood vent on the interior wall may require some steps and time. It doesn’t matter if you don’t know as you’re in the right place, because you’ll learn how to do it by yourself and you won’t need the help of a technician. This blog post provides a comprehensive guide on how to install a kitchen hood vent through the wall and getting quality results.

Why should you install a cooker hood vent on the interior wall?

Have you ever noticed how smoke can lead to discomfort and even choking in the kitchen? Removing this smoke is usually a difficult task for most homeowners. Nevertheless, a kitchen hood vent can be the best solution for this problem and offers more than just getting rid of the smoke. Here are some of the key benefits of having the appliance in your kitchen:

The key purpose of a kitchen hood vent in your kitchen is for ventilation. The equipment ensures the removal of any steam and smoke in your kitchen. When cooking, there are certain times when you can’t prevent the generation of smoke, especially if your pan can’t stop smoking up. It’s good to install the kitchen hood vent to avoid worrying about the smoke interfering with your favorite meal or causing discomfort.

Read Also: how does a kitchen hood work

2. Keeping the grease out

After cooking your favorite meal for several hours, it’s so annoying only to realize that the grease or smoke has messed up your meals. The grease might build upon the kitchen walls for some time while you’ve been using the kitchen. A kitchen hood vent will be essential in absorbing any grease building up on certain parts of the kitchen walls.

Various medical researchers have linked respiratory cancers to the smoke in most kitchens, as the smoke may contain some harmful chemicals. Exposing your body to such conditions will predispose your body to respiratory diseases. Installing a proper functioning range hood vent on the interior kitchen walls will greatly help get rid of the smoke, improving the air quality. Thus, you don’t need to worry about the health implications of the smoke.

Read Also: how to install cooker hood through the roof

Types of range hood vent you need to consider for installation

Before you understand how to install a kitchen hood vent through the wall, it’ll be great to evaluate the types of range hood vents and choose the most suitable one.

The canopy hood vent is the most popular due to its affordability compared to the other models’ price and installation process. They have a CMF ranging from 300 to 800, and some models will have a higher value than this. Lastly, this range hood vent is very flexible when installing it, as you can mount it anywhere; under the cabinet, soffit, and even on any part of the kitchen walls.

Most homeowners will usually choose this as a more elegant option. You can either install it on the walls or the ceiling in the kitchen. Anyone can notice the cooker hood vent because while installing, the homeowner doesn’t cover it. Its CMF ranges between 300 and 800. According to your needs, you can choose the exhausting power that you need.

Learn More: How to survive in a kitchen without a cooker hood

It has a flexible and compact design, thus making it easy for you to install it next to any cooking appliance. The main disadvantage of this type of range hood vent is that it takes a small amount of space while installing. Additionally, it represents the most powerful range hood vent, having a CMF of up to 1200 CFMs.

Installing of the kitchen hood vent on the interior wall

Material and equipment you need

Before you begin the installation, you require having the following material and equipment:

Power drill- for mounting the cooker hood on the wall

Hole saw- for making holes on the kitchen walls

Screwdriver – when installing the vent, you’ll use a screwdriver to tie the screws.

Level ruler – for leveling the unit properly before moving to the next step.

Stud finder – you’ll use to find studs for mounting the hood vent on the wall.

Pencil and tape measure – for making the locations for installing or mounting the unit properly.

When installing a cooker hood vent, it’ll be important to follow the steps below carefully for you to attain an effective installation process. Failure to follow the process strictly, you’ll get undesired results. Below are key steps on how to install a kitchen hood vent through the wall:

Step 2. On the wall, identify where the studs are

Take the stud finder, then move it on the wall. It’s good to press the button while moving it slowly until you find the stud’s outside edge. After finding the outside of the stud, make a mark that will help you to identify it. Then, start finding the other stud edge while taking the other direction. You’ll need to find the second stud, which should always be 16 inches in the opposite direction of the other stud.

Step 3. Drill a hole for ductwork

You’ll need to drill a hole meant for the ductwork. This hole will be important for venting the smoke from the kitchen to the outside. When drilling the hole, hook up the hole saw to the drill and drill through the wall slowly and carefully. As the hole gets into the walls, it’ll be good to remove the plaster pieces and throw them away. It ensures effective drilling of the hole.

After removing the plaster pieces, you should keep drilling the hole. Then, change the drill bit and locate the location you’ll need to drill outside. Drill until you see daylight from the inside. Move to the outside of the house and locate the hole you had drilled. Then drill through the sidings. Through the hole, ensure you slide the hood’s vent and ensure you screw it from the outside, and install the elbow.

Identify where you drew the 30-inch mark off the cooktop. Just above the mark, you’ll have measured a hood’s back and draw a horizontal line. It’s the range where you’ll place the hood. Then on the hood, measure the distance in between the two holes.

Using the same distance measurement between the two holes on the hoods, draw an exact line on the wall. Drawing the exact stud line allows you to identify them. The line will provide you with the exact location where you will drive for the screws you’ll use to fit in. Then drive through the location you need to install the hood and, using the drill, place the screws. After placing the drills then hang up the hood.

Place the chimney on the cooker hood base’s top and secure it. You’ll effectively secure the chimney by using a screwdriver to install the screw on the hood’s base. After this step, you’ve successfully installed your range hood vent on the interior wall; it’ll be good to test if it’s fully functional.

What is the CFM on the kitchen hood vents?

The CFM represents the Cubic Feet per Minute. It shows the amount (volume) of air the cooker hood exhausts from the room.

How can I determine my hood size?

When determining the hood’s size, it’ll be important to note the width of the hood needs to exceed the range’s width by 8 inches. However, if the surrounding cabinet space prevents the extra space, you can use the same available space. If you’ve got a high ceiling, you can extend the hood canopy to the ceiling; alternatively, you can vent it through the back or top.

Do all the exhaust hoods have to vent on the outside of the house?

Yes, all the exhaust hoods need to vent outside the kitchen. With modern technology, you can recirculate the steam the hood catches. However, it’s not effective in recirculating the steam it catches.

Learn More: how does a ductless kitchen hood work

Is it advisable to vent it into the attic?

According to most researchers, it’s evident that it’s not safe to blow air into an attic. Therefore, it’ll always be good to let the hood vent the steam and air outside. Venting into the attic can be the major cause of the fire in the home. Thus, ensure the kitchen hood vents outside mostly through the chimney.

Can you successfully install the kitchen hood without any cabinets?

When venting your appliance, what is the best type of duct?